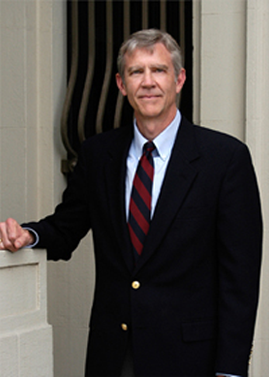 Earl Watkins now, “Of Counsel,” was in private practice from the time he left the United States Air Force Judge Advocate General Corps in 1977 until November, 2001. Mr. Watkins was instrumental in building the law firm from two lawyers with two staff members to eight lawyers with ten staff members.  Mr. Watkins practiced primarily in the areas of utility law, estate planning, banking and commercial law.

In May, 2004 he was named President and Chief Executive Officer for Sunflower Electric Power Corporation, a position from which he retired January, 2012.  Although now he does not actively practice law for the private client sector he still lends his years of valuable experience to the firm.  His philosophy still prevails that the success of the firm is directly related to the firm’s unconditional dedication and commitment to providing quality professional service on a timely basis for a fair fee.  Since retiring, he continues to represent numerous churches and charities in the greater Kansas City metro area and he has also prepared over 600 Will and Trust packets pro bono as part of the firm’s desire to “give back” to the community.